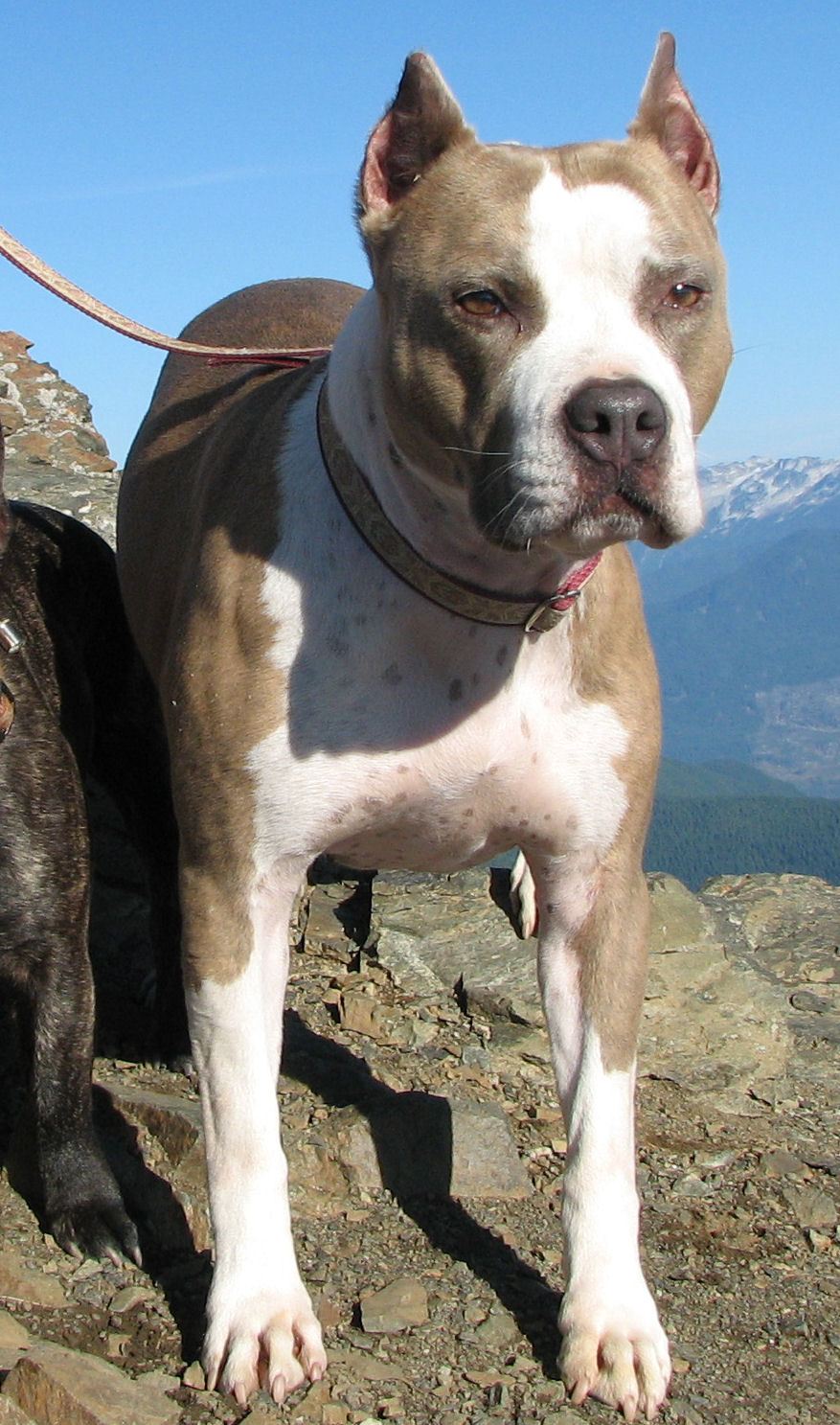 A man From Yarmouth Massachusetts shot and killed a pit bull terrier on Sunday when it attacked him in his bed.

According to his statement to police, the man was in bed with his girlfriend when he tried to push the dog off the bed.

The pit bull, “Max” had been recently fostered by the man and attacked him. The dog tore at him, giving the man serious injuries to his left arm.

The man was able to reach with his right hand to a 9mm pistol on his night stand which he used to kill the dog.

When police arrived at the home located on Woodbine Avenue in West Yarmouth, they found the wounded man and the dead pit bull.

Officers then seized the pistol, ammunition and a shotgun they found in the home for “Safe keeping,” even though the man is fully licensed to own firearms in the state of Massachusetts.

The injured man was taken to Cape Cod Hospital for treatment while Yarmouth Animal Control Officers took possession of the dog’s body.

Another instance of a pit bull attacking their owner and needing to be shot happened again within 3 days of each other.

A woman from North Las Vegas was also attacked last Thursday by a pit bull terrier named “Bugsy” while she was at a barbecue with friends.

“When I went to put my plate down — we were barbecuing — the dog attacked,” 42-year-old Betty Walker said. “Latched to my arm. I put this hand in the dog’s mouth to try to pull it off,” Walker said. “It bit this (right) arm and broke it. The dog wouldn’t let go.”

Walker was terrified she was going to lose her life if she didn’t get help.

A friend who was at the party, pulled a gun and shot the pit bull. The bullet passed through the dog, killing it, and struck Walker in her leg.

Walker said she never had a problem with the dog before:

“He was a good dog. He never — I have two mutts running around here and he never attacked them. He always was good. I am glad to be alive. I feel bad for him, but he was vicious.”

Keeping your home defense weapon in a secure, quickly accessible location is essential for situations like needing to shoot a rampaging dog.

Additionally, understanding how to make contact shots and choosing the right angles for shooting like the one in Las Vegas is an important skill to learn. Find someone to teach you how to do that here.

Read here for an article by Jacob Paulsen on Keeping a Gun on the Night Stand.

Many are on the fence about the danger of owning a pit bull. I have personally known great ones and bad ones. What do you think of these dog shootings?

What do you think of the MA Police Officers taking the guns from the injured man for “Safe keeping?” Do you think this is smart policing? Or governmental overreach?

Let us know in the comments below.

What Our Students Have to Say

They are so knowledgeable and personable. I felt like I was being trained by close friends. They teach at a pace that’s great for anyone and they make sure you always feel safe. I had taken a class before but let it expire before getting my LTC. Brian and Cara gave me an experience that made me excited to get my LTC. I’d highly recommend them to anyone thinking about getting their LTC- the “hands on” is a must.

We did the LTC class with brian and we had a great time. It was interactive and infomative. He not only gave us all the information needed, but also had us shooting and taught us proper handling ect. I left feeling confident and am excited to go back to take some of the other courses offered.

I took the first of 3 USCCA Home Defense classes today with Brian and it was well worth it. The USCCA curriculum, along with Brian’s knowledge, is helping me feel more comfortable and confident owning a firearm. The textbook is very detailed and a great reference for now and in the future. Having time on the range doing drills was invaluable and to top it all off we got some great videos of ourselves so we can continue practicing on our own. The LTC course was great but the USCCA Home Defense courses expands on what it’s like to protect yourself and your home – I highly recommend. Thanks Brian, I look forward to the other 2 classes!!